Our friends at McKnight’s deserve exceptional props for continuing to be the leader in online healthcare deliverables and the pre-eminent magazine for long-term care professionals. Their work is incredible.

Now they have brought back their Technology Awards Contest for 2017 and one of our  Sky Care MEDIA clients is uniquely qualified and primed to make a real case for this years award (and I say that with great pride)! 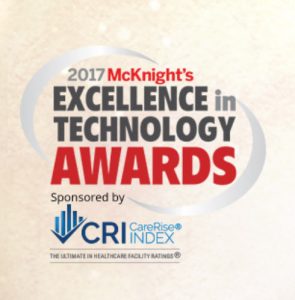 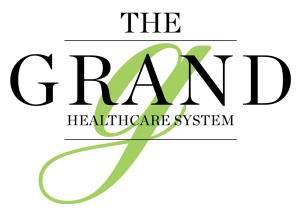 Here is the story:

The Grand Healthcare system has a varied population of patients and residents and noted a pattern over time, whereby their median age was getting younger, as folks continue to live longer and healthier lives.

The typical patient today is far more “computer astute” and savvy than the type of patient healthcare providers admitted as recently as 5 years ago.  The folks at the Grand were finding that without immediate access to a computer, these younger patients (especially those who don’t own a laptop computer) were feeling isolated from society for the several weeks/months they were with them, since they had no way to connect with their friends via social media, couldn’t manage their affairs (banking, mortgage, pay bills), etc.

They wanted to give them something that would help them ‘stay connected’ online and to the outside world, while they were rehabbing.

They therefore invested many thousands of dollars in developing a Grand Healthcare mobile App with all of the bells and whistles to allow their patients not only seamless internet connectivity, but also immediate facility support and information at their fingertips for the duration of their stay.

They aimed to make all of this and more immediately available to their residents via the custom application. 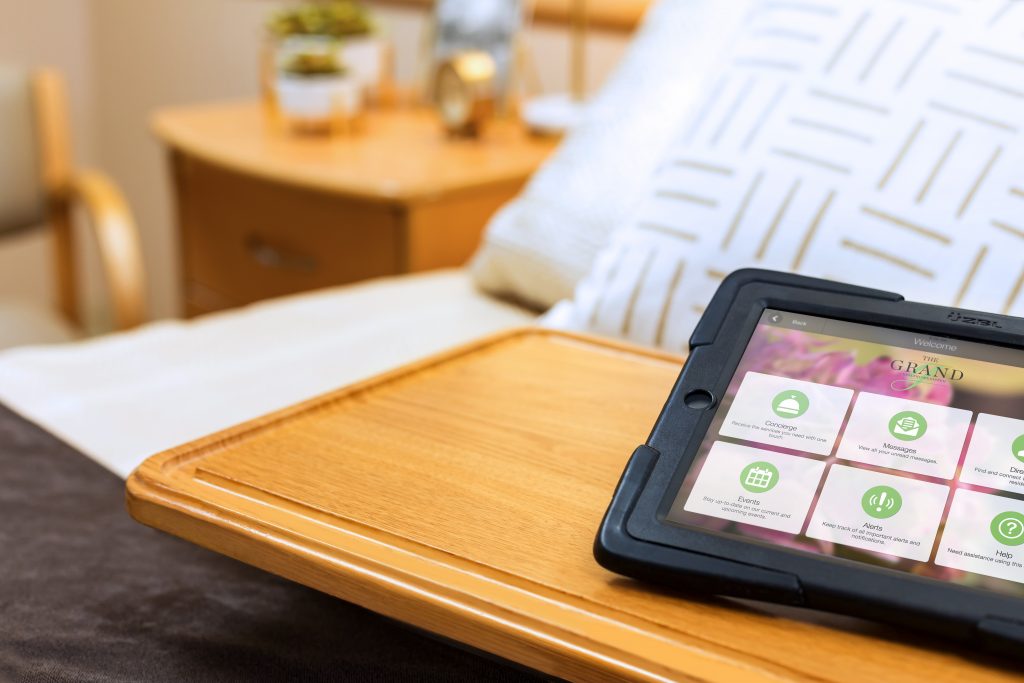 The goal was twofold:

Once the technology was built and put in place, they went out and purchased hundreds of the latest Samsung Galaxy smart tablets and retro-fitted each one with their custom developed mobile app (see the photo above).

Read what happened next.

Deborah is a current resident at The Grande Rehabilitation and Nursing at Guilderland.

Deborah was experiencing severe anxiety when she was admitted to their facility. In fact, her anxiety was so pronounced that she was on 2 different medications for it and it kept her up all night in fits of restless pacing.

Then they gave her one of their tablets and to quote Deborah, “I cannot put my finger on it but everything changed for me after that.”

Deborah felt as if a huge boulder was lifted off her shoulders. The smart tablet allowed her to connect to the outside community and to the world! It allowed her to listen to music and shop online!

Take a look at Deborah interacting with the tablet with the help of a nurse! 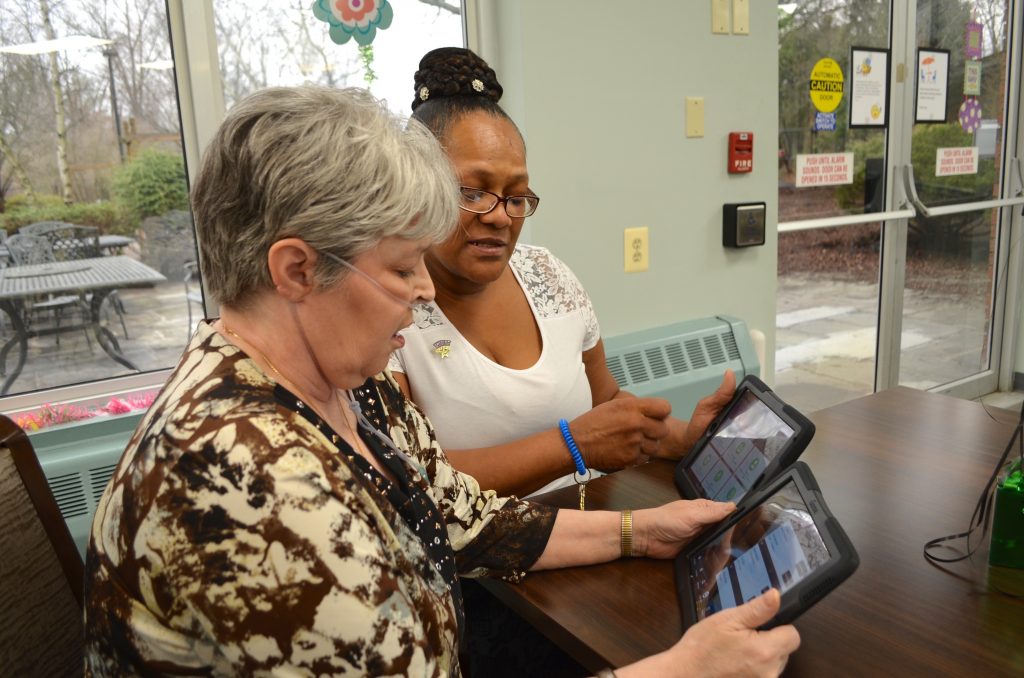 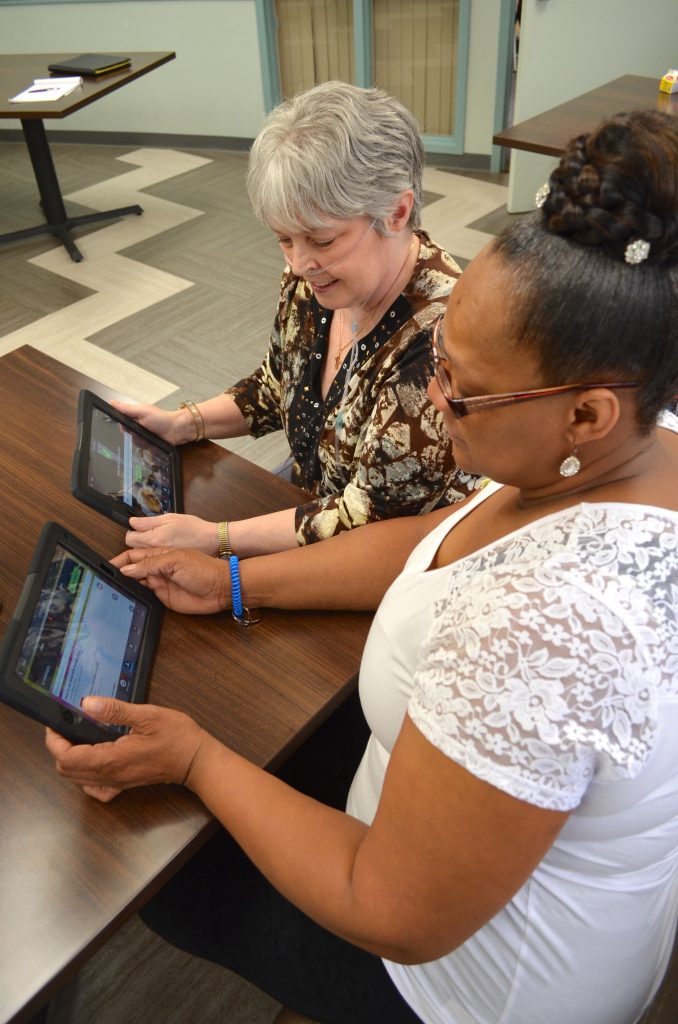 Later on, the Grand Healthcare Vice President, Joe Yurowiz, even met with Deborah and taught her how to ‘face time’ with her family using the tablet!

He then introduced her to the owner of the organization via the tablet!!

But it doesn’t even stop there.

The tablet didn’t only effect a change in her sense of self and dignity, it allowed her to be weaned off her anxiety medications as well!

That’s how powerful the transformation was.

This success story was a ‘watershed moment’ for the Grand, where they felt that all their hard work and efforts and considerable investment of money and resources paid off!

Congratulations to my friends Joe and Shelley and Jeremy and Jonathan and the whole team at the amazing Grand Healthcare System.

You guys are a class-act and we hope you WIN!

You have already won in the eyes of your grateful patients and their families! 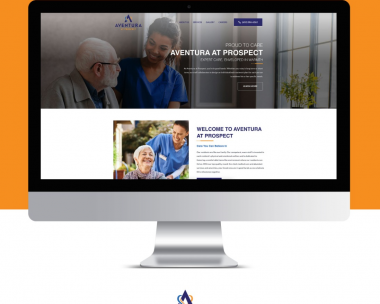 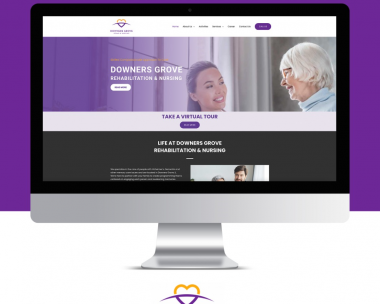